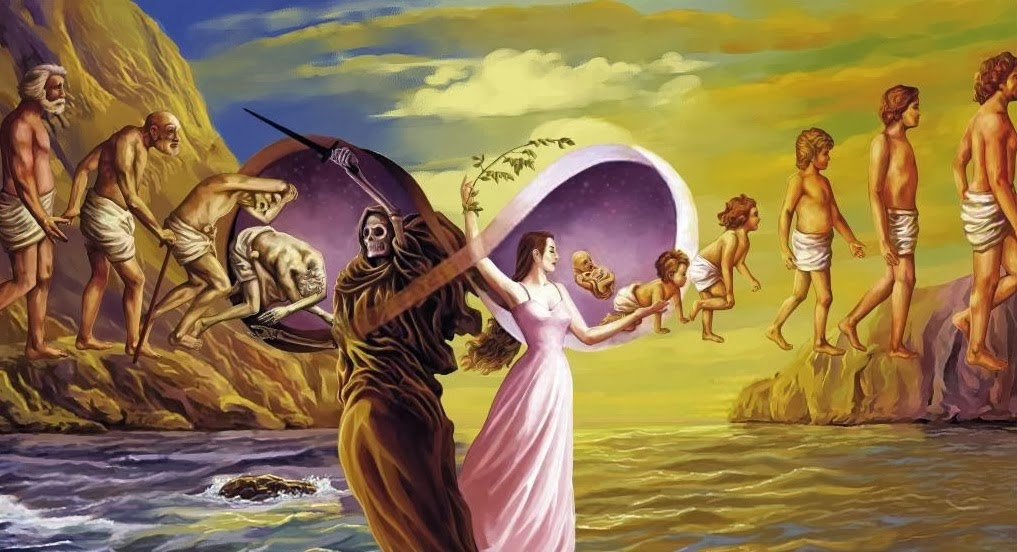 Long ago, a wise man appeared in my hallucinated dream. His image was vague, but his voice was clear. He said “Beware of Karma. Your current life and its quality is the result of some of your earlier actions this life and the previous lives; your future will depend on the actions that you perform in this life”. This was my first introduction to the concept of Karma. While I had many questions about this definition, I subconsciously made peace with it. It made me God-fearing and helped to live a disciplined life. This also helped me to reason with many inconsistencies such as an unbalanced society – the differences between the rich and the poor, abled and the disabled. I had answers to many questions that a sane human wouldn’t have. My uncle once slipped while walking on the road and fell down. Seeing him disgruntled, I commented that he was being punished by Karma for some of his mistakes.

“A very long ago, there used to be a noble Brahmin. He was a good son, good husband and a good father. He lived a righteous life and performed his duties sincerely. He has the best life that his peers wish for. One fateful day while walking through a forest, he saw a prostitute romancing someone. As Karma would have it, he was smitten by her charms instantly, fell in love, and later married her by abandoning his own parents, wife and children. Out of dire need, he later became a thief, a liar, a drunkard, even a murderer. His whole life was ruined in complete contrast to his earlier life”

This story haunted me for the next few days. Was he predestined to be affected by a single event via his Karmic design? If my life too is already pre-written, where is the fun in living it?

As I brooded, the wise man appeared. I couldn’t see him clearly, but heard him say “the greatest gift to the human is free will. In the above story, the event was completely external with no relationship to the noble Brahmin. He could have ignored it, but he succumbed to his senses and chose the path of downfall. It was his freewill that was the culprit” and he added “by the way, your uncle fell down not because of his Karma, but because he didn’t use his mind while walking on the road”. This made sense and for the first time, Karma was contradicted by free will.

After reading my weekly astrology report on a website, I chanced upon a news – due to a doctor’s negligence a mother lost her life after giving birth to a child. The image of the bereaved husband holding his new born child struck to my mind. The dreams of a happy long life came to an end due to an unexpected accident. The child, oblivious of her loss, cried on perhaps out of hunger. She was going to miss many important things in her life – her mother’s hug, her lullabies, a greatest strength and most importantly, a lifetime opportunity of receiving unconditional love. What kind of morbid consolation can I get by linking this child’s deprivation with her Karma? I looked around for the wise man and found him in a corner. I gather from his hazy silhouette that he shrugged as if to suggest the world is a sad place anyway.

The concept of Karma went for a toss with the events of massive consequences such as natural calamities, tsunamis and the wars. For example, the World War II was a distinguished event in the recent history that caused grave repercussions, upheaval of geographic and economic conditions followed by massive exodus. Millions lost their lives. I expected the wise man to ask me to exclude such events from the scheme of Karma, but he said “Don’t look for reasons to all problems in this world. This universe is random at best, and many experts failed to understand it. Not every action that you perform will have a physical consequence. Some actions will have inherent mental reactions caused by positive or negative psyche of the event. For example, a murderer needn’t necessarily be punished by the police. The negative energy created in his mind will lead to subtle negative Karma leading towards his downfall. Do not try to understand it if it is too complex. To make it simple, let me give tell you the greatest mantra and the biggest secret that will solve all your problems – ‘Work sincerely and don’t expect results’. By denouncing selfish expectations, you will be impervious to all Karmic attachments, and you can still perform Karma (action) as it is your birth right”

As the wise man said this, his muzzy image started to become clear and he looked exactly like my conscience.

One among several actors on life stage; Best hypocrite the world has ever produced!!! View all posts by Goutham Palagiri

This site uses Akismet to reduce spam. Learn how your comment data is processed.